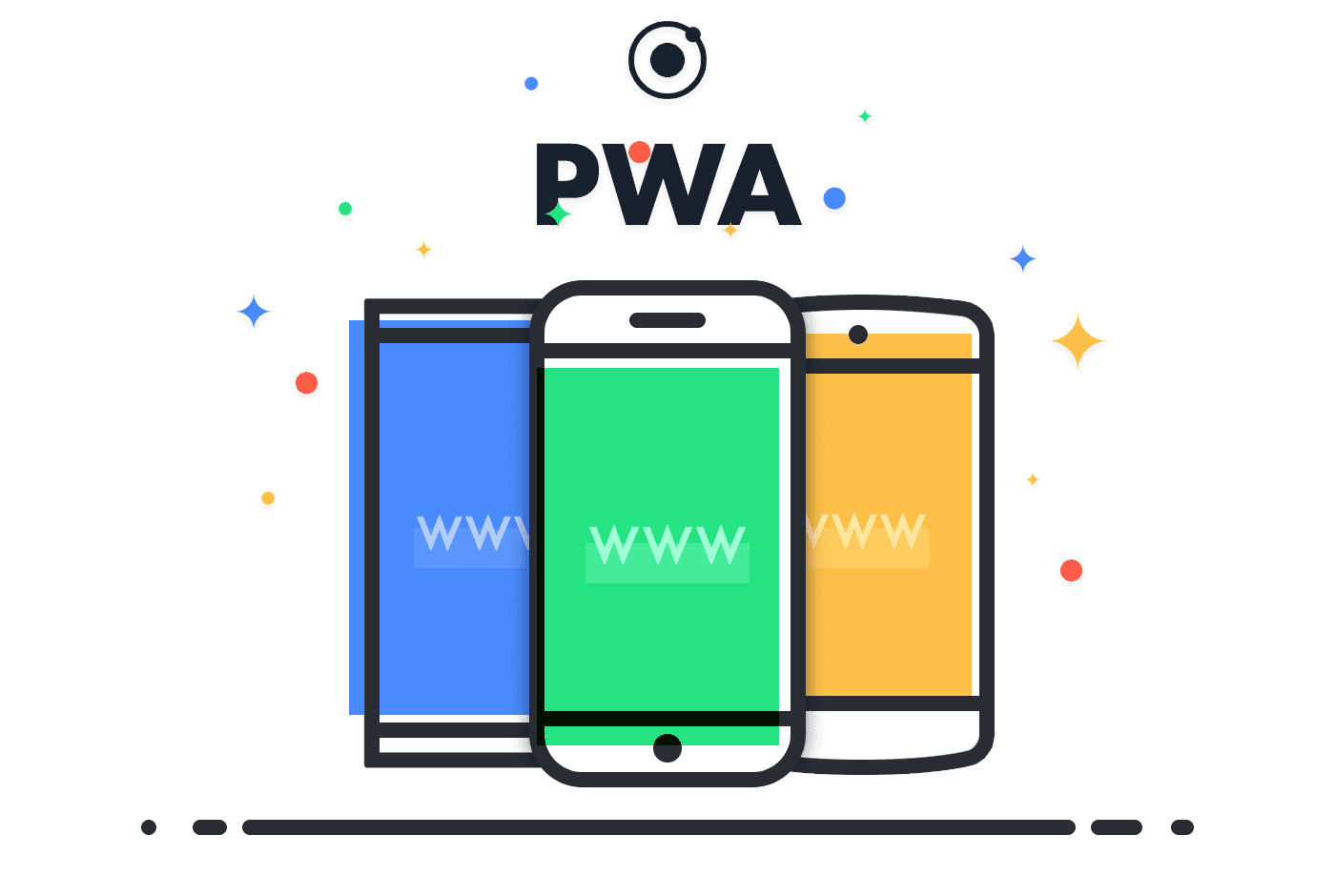 By Internet Creation26th May 2021No Comments

It is no secret that your performance is hugely vital to the profitability, reliability, overall success of any online venture. As a direct result, websites across many industries are starting to utilise a new technology known as Progressive Web Apps (PWAs).

PWAs are fully supported by Google, with the front-end technology aiming to deliver a high level of performance regardless of the device, operating system, or network. PWAs can produce such high performance because they can be enhanced with native app qualities while being a more straightforward managed solution for the consumer.

To truly understand how a Progressive Web App differs from a conventional website, it is best to give them a test drive yourself. So we have developed a list of PWAs from large organisations right across the world that you can get acquainted with before looking to invest in the hottest new trend in the development world.

Starbucks is looking to ensure that it provides a fully accessible, user-friendly online ordering system to its customer base. Starbucks built a PWA for online ordering of products, which was similar to their native app. To put it into layman’s terms, they made a PWA, which allows their customers to browse their menu, add items to their cart and enjoy the Starbucks experience, all while being offline. Once online, they can view location-specific pricing, menu items and place their orders.

PWAs are great for those customers who are on the go and dropping in and out of connectivity or those in more rural markets where the connection is less reliable or non-existent. Since the launch of the PWA, Starbucks has already seen significant results, with their PWA being 99.84% smaller than the existing native app, they have since seen their web user base double, and desktop orders nearly match mobile. 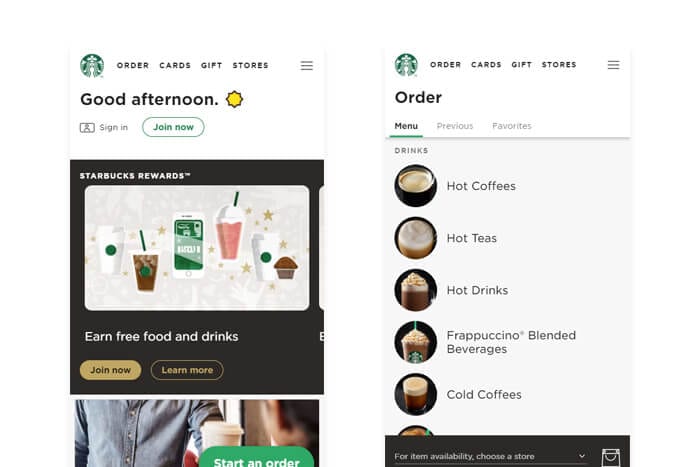 As Uber expands to new and emerging markets, they have looked to build their websites from scratch as a PWA to offer an almost identical booking experience to their native app. The Uber PWA was created so its customers can make car bookings on low-speed, 2G, 3G networks, not only an option but a viable one.

By bringing the native app experience built in a PWA format, Uber has enabled quick ride requests regardless of location, network speed, connectivity, and device. The core app is only 50kB, which allows it to load within 3 seconds on 2G networks. 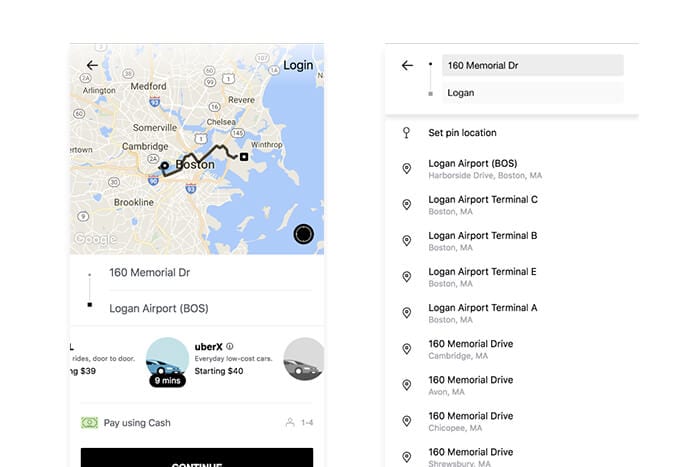 With Pinterest implementing a new international growth strategy, the use of PWAs has become integral. Before a PWA model, they had found that only 1% of their mobile users were converting into sign-ups, logins or app installs.

The poor performance of mobile for Pinterest meant that they quickly realised that they needed a new method, thus redeveloping their website into a PWA model. Since moving to a PWA model, they have seen growth in the following figures:

Spotify’s music player is now fully PWA-powered due to a disagreement between Spotify and Apple regarding Apple’s 30% app store commission charge. As a result of the commission, Spotify took the opportunity to start developing a PWA version of their app alongside many other big brands. Interestingly in comparison to their native app, the PWA version is considerably faster.

You can see for yourself that some of the biggest brands in the world are utilising the power of Progressive Web Apps (PWAs) to help combat a variety of problems. Whether it be: Network Issues, Connectivity, Commission Charges, Engagement, Referrals, Data Size, or Speed, they see all these issues resolved in one neat package. Moving on into late 2021 and beyond, PWAs will be the norm right across the board, and you shouldn’t miss out on an opportunity to get ahead of the curve!

How to increase sales with free shipping 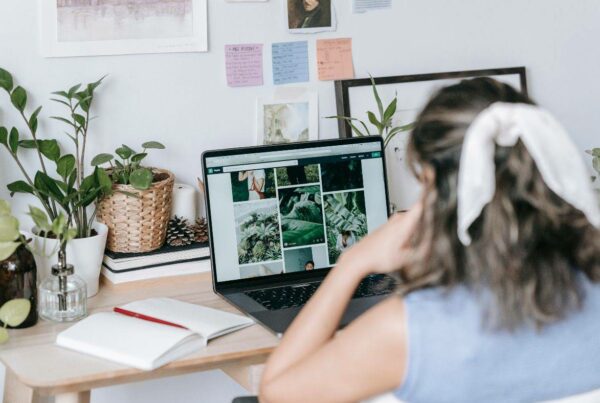 6 Top tips to consider when using images on websites 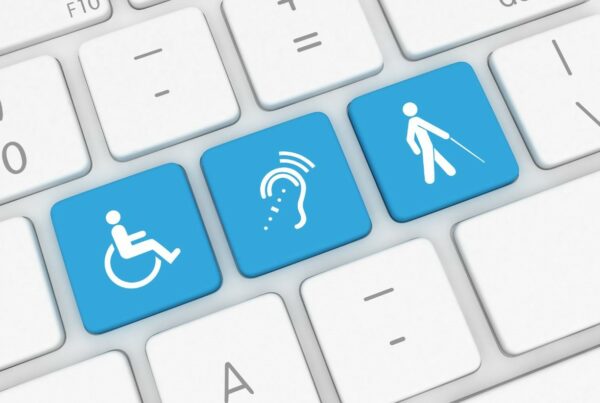 Get in touch with us

A big Happy Birthday to our wonderful Katie 🥳

She always brings us joy into the office and our clients love to have her as their point of contact, a fantastic fit for the IC Team.

Happy birthday Katie. Hope you had a great day. S

Research shows a slow website speed can increase the chances of customers coming off your site quickly and not purchasing.

One of the factors that can affect the speed of your website is the images/ videos you are using on your site, if they are not optimised correctly this can affect your website.

Read our new blog article for tips to consider when using images on websites.

ScotlandsPeople has been updated to include over 9000 volumes of enumeration district books, comprising 200,000 images recording the details of 4.8 million people.

Scanned images of the original handwritten census books detail each address, from the finest hotels to cramped tenements and from ships at sea to people sleeping in tents.

Recorded on the night of 19 July 1921, against the accommodation, everyone present is listed with details including their relationships to each other, their age, their occupation and – for the first time – information on orphanhood, dependent children and workplace.

You can find guidance on investigating the 1921 Census at our website – and do let us know if you find anyone interesting!

You’ve undoubtedly heard the festive songs in the shops .. (on repeat!).

The chances are you are already planning your Christmas party outfit too.

Now there is one thing you still need to take care of... It's time to get your website shouting its Christmas……… 🎶

Get in touch today to find out how to sprinkle some Christmas Joy on your website. ... See MoreSee Less

We are out of office today for Bank Holiday Monday 💻

Don't forget! If you have an urgent enquiry head over to our Website and raise a support ticket.

We are proud to celebrate the launch of Visit East Lothian’s website!

At Internet Creation, we were delighted to partner with the team to design a website that visually enhances their destination's online footprint.

Little Hunters Playbox came to us looking for a completely new E-Commerce Website.

In keeping with the brand, we added a little playfulness to the design and used a colour palette to match the feel of the company.