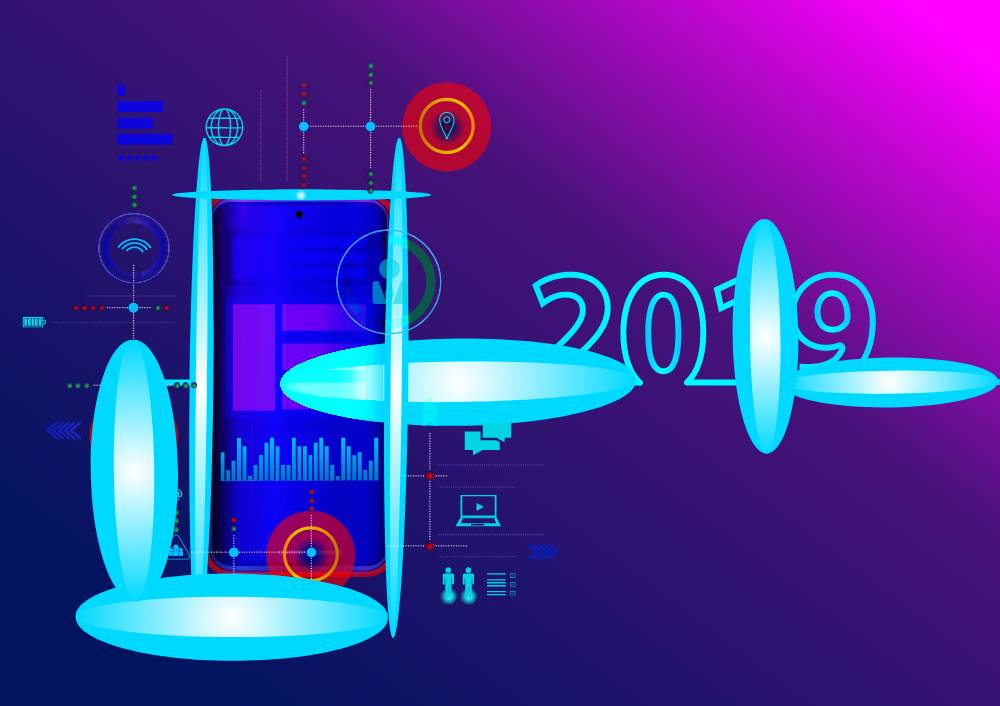 By Internet Creation16th July 2019No Comments

We’re halfway through 2019 already. Time to take a look forward at 2020 and what website trends we’re likely to see. British Airways’ massive fine for lax security will stimulate much more interest in cyber security, while AI, PWAs, SPAs, IOT and other acronyms will dominate our attention…

A PWA delivers the features of an app and a website, but you don’t need to download it.

It will function identically on mobile and desktop. PWAs cope well with variable network connection conditions, launching and performing as dependably as a phone app when out and about, and run faster than a website.

For a fuller treatment, take a look at our article: What Are Progressive Web Apps (PWAs?)

2.     Mobile-First Will Edge Out Responsive Design

Everybody realised the value of Responsive Design for websites when it became standard around 2012: design primarily for desktop users, then add on features to make it usable on a mobile device. Scale up fiddly little buttons and data entry text boxes on forms to cater for the minority of users accessing the Internet on a mobile phone.

But the numbers have changed now. The majority of people now surf on their mobile device and everything needs to change. In Feb 2019, mobile devices accounted for 47.96% of web page views worldwide, 38.6% in Europe. It is worth noting that the statistics exclude tablets, however. As a curious wee side note, 98% of internet traffic in China is from mobile devices.

Look around a train carriage on any medium-long distance train journey and spot people researching or writing reports. Eschewing insecure free WiFi, you’ll see them tethering their tablet or laptop to their phone or just using their phone to research data and the bigger device to write it up.

The more tech-savvy might just do the whole thing on their phone.

All of which explains the rise of Mobile-First design, where websites are designed for mobile devices and then scaled up in case a desktop user wants to access it.

Chatbots already use AI (artificial intelligence) to automate a large part of customer service and enquiries. Google uses it to fuel SEO and it pops up in banking, defence and a host of industries.

It should be a simple progression for to use the same underlying technology to design and create attractive, custom websites quickly – with minimal input from users.

Impress.ly takes your existing business Facebook page and then scans the Internet for your other social media sites and any other information it can find. It then asks you whether you want an e-commerce site and that’s it. Based on the colour palette of your logo, which it identifies automatically, it creates ten websites for you to choose from, each partially populated with your information.

Wix.adi makes you do more work but follows much the same process.

There are drawbacks: Experiments in the Internet Creation office found the results, while fairly quick, were pretty generic. Really all that changed was the colour scheme, based on the logo that the AI program found on the user’s social media site. The next leap forward will have to be a new form of AI – Artificial Imagination, where the technology is as creative as a talented human designer.

We also had SEO concerns. To boost SEO, we need to get into the headers and tags behind the scenes.

However, it is a development that shows promise.

This is where the content of a website differs according to the time of day, who is looking at it, their location and their behaviour on previous visits.

The Recommender Engines used on Netflix, Amazon, travel sites and dating sites et al, use dynamic content to predict that if we liked X, we might like Y, Z and maybe A, B and C. How about a special-offer bundle?

We already put pixels on our websites to enable retargeting – our site visitors are followed around the internet and reminded of our goods and services. Recommender Engines are available as plug-ins for e-Commerce sites already.

The next step will be more forms of Dynamic Content on the websites of SMEs.

These applications run in a similar way to a computer game, so that websites interact with the user. SPAs dynamically rewrite web pages, in place of downloading entire pages from the server.

SPAs are adaptable to any device but do fall down on SEO and there are some security concerns, because of cross-site scripting.

However, they have their place and are ideally suited to some environments, especially where a fluid user experience is needed – see Facebook, Twitter, Gmail, or Google Calendar, as examples of SPAs in action.

Remember when Google used to reward us with a green padlock for having an SSL certificate? Now it’s faded to black as part of its planned obsolescence. Word is, it’s going to disappear. Security is now assumed as a basic necessity for a website and the lack of an https prefix is flagged up as a security concern instead.

Rumours are swirling that Google will eventually block any websites deemed insecure. This may or may not happen, but it is almost certain that it will punish them with demotion in SERPS. Most already come with an Insecure Site warning.

2020 will see these http-only sites disappear. They might still be there, but I don’t think we’ll see them very easily.

But it doesn’t stop there: cybercriminals are ever more innovative and software developers need to keep one step ahead. Out of necessity, we’ll see more developments in cybersecurity.

In the light of the £183 million fine given to British Airways after cybercriminals breached BA customer data very recently, blockchain security technology is sure to get much more attention. Key among its features is that there is no single point of failure, as there is no single central administrator. This drastically reduces opportunities for fraud.

The UK government is considering following around 14 other countries in introducing online voting for elections, and blockchain security has been mooted as the best way to eliminate voter fraud.

Security concerns about smart home devices will be addressed with better security and the IoT market will expand.

The future is smart.

Microsoft have discovered that humans now have an attention span shorter than a goldfish! We have, on average, 8 seconds of attention before we wander off and do something else.

Therefore, our websites need to be sleek, uncluttered – get the information across quickly.

Or, maybe, we should be going the other way, with whistles and bells and games and all sorts of superficial things to cater for the needs of our audiences? After all, we all manage to watch 60+-minute chunks of Game of Thrones OK, don’t we?

It doesn’t make commercial sense to exclude one fifth of your customer base. 20% of working-age adults in the UK have a disability.

The Equality Act has been around since 2010 and makes it a requirement for websites to be equally accessible for persons with disabilities ranging from visual, or learning to mobility.

However, the UK government is now cracking down. Starting with the public sector, it is now be rigorously enforcing the 2016 EU Directive regarding the accessibility of the websites and mobile applications of public sector bodies. As of 23 September 2020, all public sector websites will need to be accessible and meet the Web Content Accessibility Guidelines (WCAG) accessibility standards at level AA.

In effect, it is only enforcing legislation that has been in force for some time already. The private sector will be next, and smart operators will move ahead of the curve in 2020 or before. 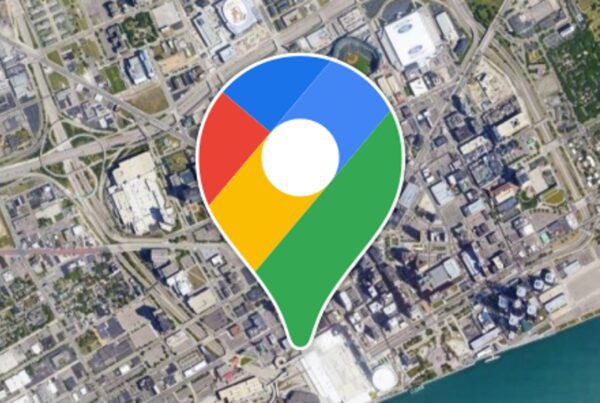 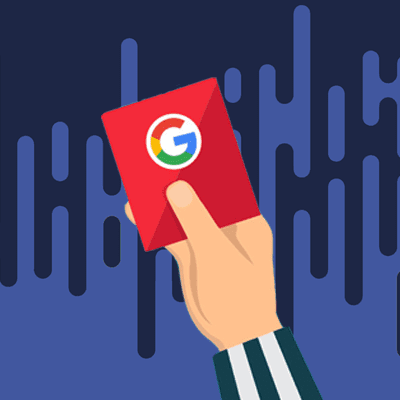 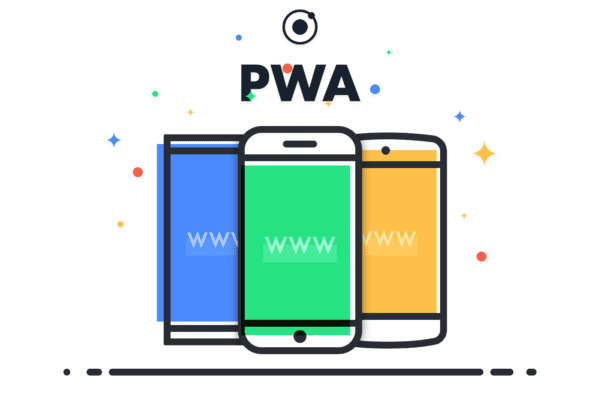